Heitor Villa-Lobos is one of the most prominent Brazilian composer of classical music. He also maintained a close connection to Brazilian folklore, which is reflected in his works. He has composed a suite with various choros and has also worked elsewhere on the fusion of Brazilian and classical European music.

The Choro No.1 is probably the best-known product of this work and is still in the repertoire of numerous classical guitarists. The brilliant classical guitarist  Julian Bream  was one of the first artists to introduce Villa-Lobos’ music to European audiences:

CHORO NO.1 - THE ANALYSIS

Choro No.1 is in the key of E minor. The chord progression in the first part begins on the secondary dominant F#7 and moves via the dominant B7 to the tonic – a typical harmonic movement in jazz and Latin music. 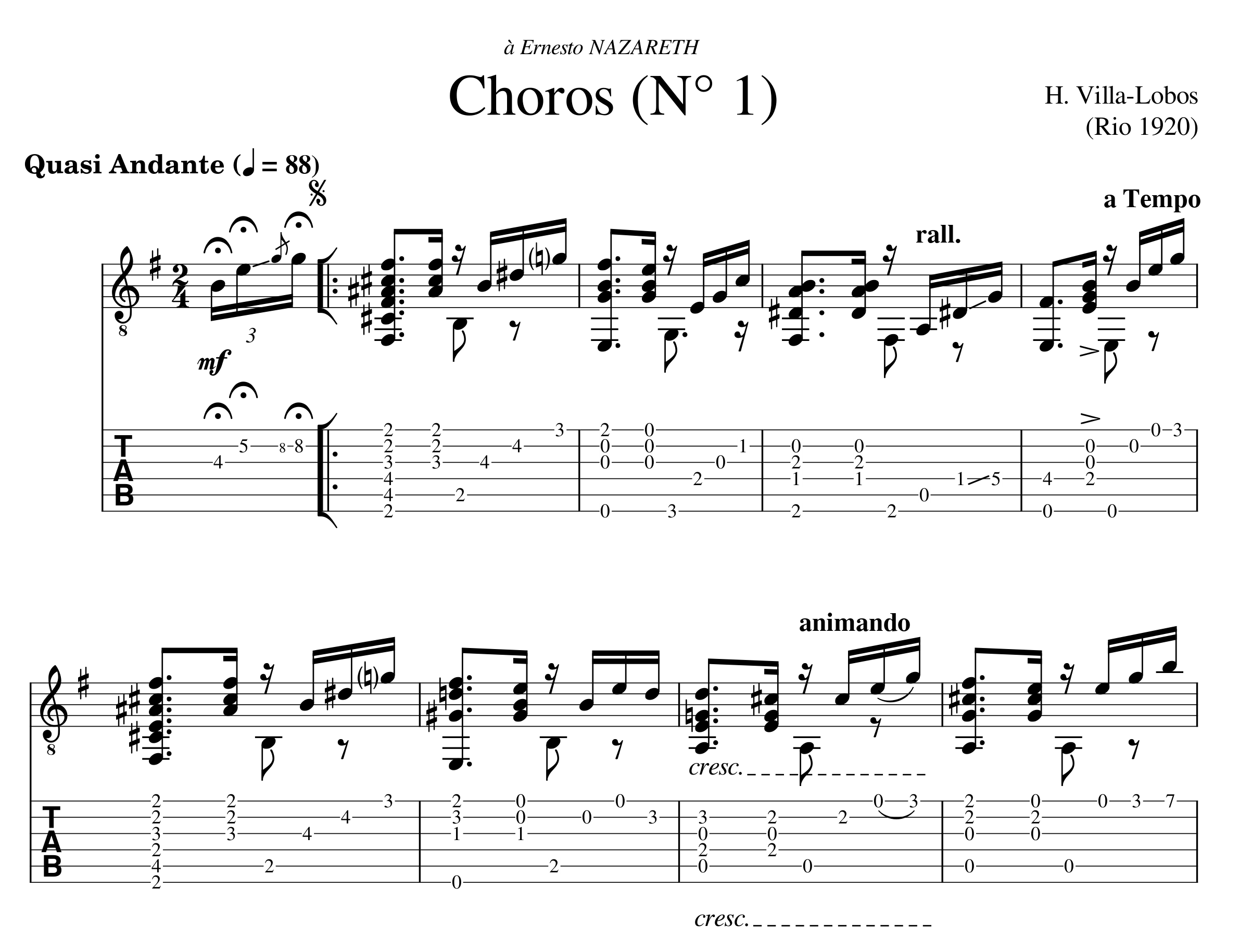 While the piece initially dances very cautiously due to the frequent use of the dotted eighth notes, in the following part there is a noticeable increase in choro-typical rhythms . Harmonically, too, Villa-Lobos reaches into his bag of tricks: the well-tried cadence of fifths is conjured up. The chord progression D7 – G – C7 – F – Bb7 leads via the detour A minor back to the secondary dominant F#7 and thus to the tonic. 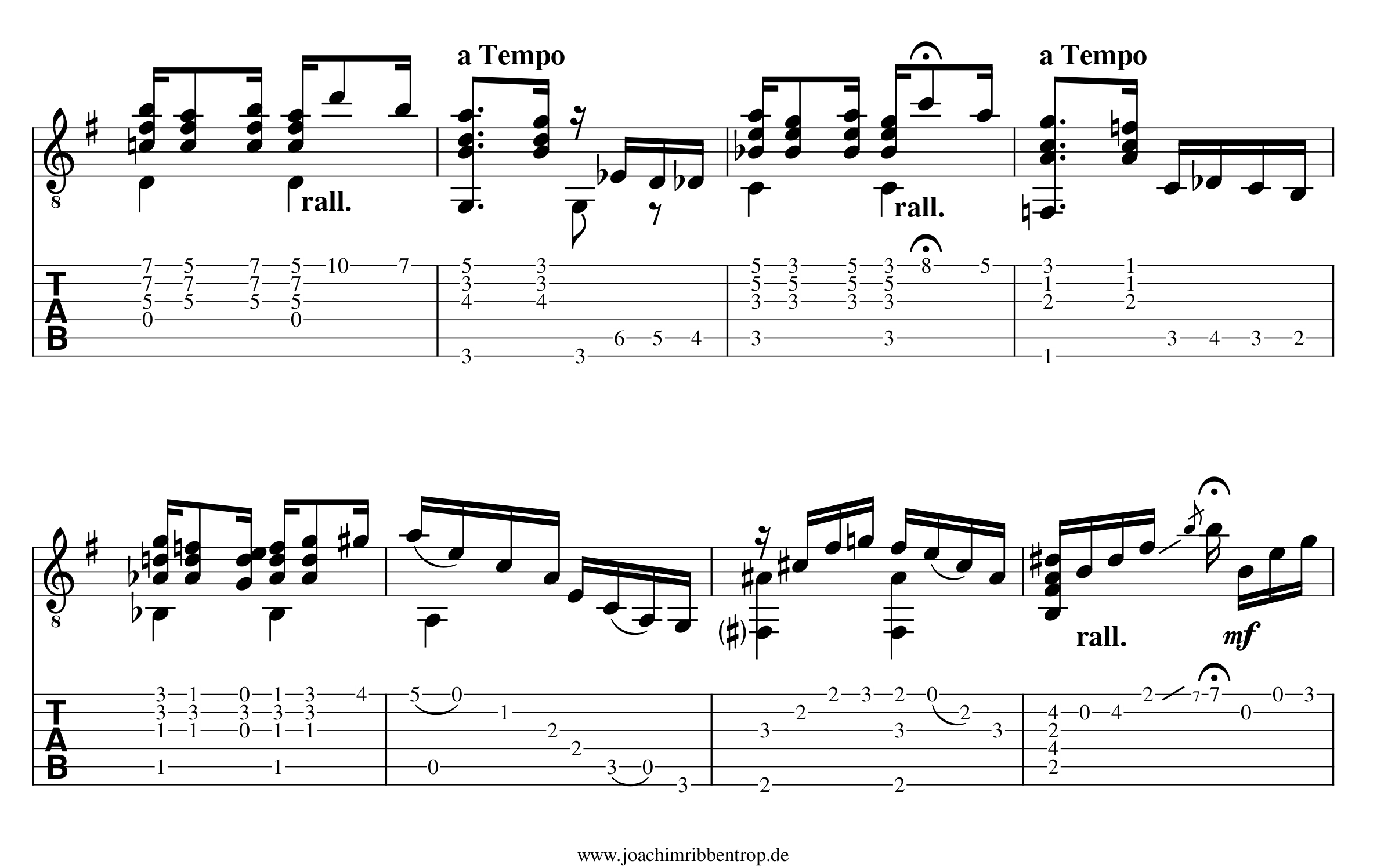 To slow down the difficult passages and practice effectively, you can find a sound slice of Julian Bream’s recording here.